It’s now October 1st and my best friend’s wedding is today. (Don’t worry, I haven’t decided that I am in love with him and that he should be with me instead of his fiancé!)
Not only that, but my own wedding is only 16 days away. (How Kyle and I managed to get married in our 34th year within 3 weeks of each other is truly amazing to me.)

With a large event around the corner, it’s easy to get taken over by ALL the details. Your attention is spread across so many things, from sleeping arrangements to food planning, activities, the ceremony, the weather, and for ours, how to make this a zero waste wedding. About a month ago, I was reminded that I needed to be preparing myself for the actual marriage that was to take place–not just planning the event.

The truth is that I had been on cloud nine since Jonathan proposed back in December. We were having a blast doing everything together as fiancé’s and loving our life by the beach in St. Thomas and starting to make wedding plans. My wake up call happened while I was attending another wedding in August and for two days, I felt fear. Whatever you like to call it–cold feet, anxiety, uncertainty–I was feeling it, and knowing that I could not continue on with those feelings–and I certainly could not walk down the aisle with those doubts.

I spoke to my fiancé a bit, trying not to hurt his feelings with my honesty. I reached out to a couple of friends who I thought could help me sort through, but they were unavailable. I was in trouble, because I remembered–after this blissful eight months of engagement–that I barely even like the concept of marriage!!

I spent years of my life deciding I would not marry for various reasons–many of those stemming from injustice and my rebellion against tradition. Until only recently, one reason I didn’t want to marry was because my best friend, who is homosexual, could legally not! I felt a horrible sting that I was allowed to have this right and this ceremony just because I loved someone of the opposite sex. I secretly told myself, I wouldn’t marry until he could. Another reason–all my friend’s are divorced. I spent my 20’s being in weddings and attending weddings and getting gifts for weddings and then one by one seeing those marriages end in divorce. With each one, I thought, no thanks. Also, monogamy is not actually in our nature. It is unnatural for humans and most animals to be monogamous, so I questioned if I should go against nature. (Especially with what long lives most people live nowadays.) And most recently, with the current Presidential campaigns that are happening, I believe with Secretary Clinton in the running, sexism is rearing its UGLY head. So I dissected the process of marriage:

I don’t want anyone to GIVE me away. I am my own woman! I’m not going anywhere!

I don’t want to be proposed MAN & WIFE. Why not WIFE and MAN??

Why does the woman’s family have to pay for most of the expenses??

Why do I have to give up my name and take someone else’s??

Seriously, at every turn, marriage is sexist and kinda crazy. (Note to self: read Elizabeth Gilbert’s Committed.) To top it all off, my fiancé was raised in a religion that he and I do not practice, but that most of his family still does. We made the decision to ask our families to stand with us and our wedding parties during the ceremony, and although they initially said yes, when this time rolled around, many questions started to be asked about who our officiant was, and what exactly would he be saying during the ceremony (and would that put them in a compromising position according to their faith)?

I’ll jump now to my fiancé and I thankfully getting in touch with our officiant, (the wonderful Matthew Krepps, owner of Circle Yoga Shala in Northwest Arkansas), and talking through these issues over speaker phone on day two of unsettling feelings. Honestly, most of my thoughts did not even have to be voiced, as Matt calmly articulated his plans for the ceremony and spoke to us about commitment we will be  making. Silent tears ran down my cheeks as I felt my fears subside, with my fiancé’s
hand in mine. When we hung up, I felt better, but I spoke to one more friend, who brought to my attention, that my feelings had been a wake up call…and it was time to get to work.

What a gift. I have realized that I have a month and half to DO THE WORK of preparing for marriage.

This is not decorations and ordering dishes and making napkins, this is work of entering into this union without reservation.

My work was cut out for me.

I began in silent meditation–making sure to make time for this daily. I began to sit quietly and actually contemplate marriage. Asking myself what it means for me, what it means for my future, what changes does it creates, what things do I release? I thought through the ceremony–in depth–to figure out how to make it feel holy, scared and equal. While we visited New York City for a few weeks, I joined the Siddha Yogis for Satsangs, chanting and meditations. I’ve contemplated and now I’m writing this blog. I have sat down with my fiancé and had a handful of tough conversations where we brought up questions and possible future problems as we gave ourselves our own “marriage prep counseling.”

I feel exponentially better and truly can’t believe I was going to get married without doing this work!  Still to come, I’d like to journal this process more and work through anything else that comes up. Continue to meditate on accepting this season of my life. That though I feel about 15 on the inside, it is in fact, time for me to move into the season of my life where I will be a wife and mother. I need to spend some time in grief, and mourning the loss of my single life, leaving the life of being only a child, a daughter, a girlfriend–before the responsibilities and growing pains of becoming a wife and mother. Moving through the grieving, and into acceptance with grace, and then by the wedding day, peace, joy, and pure bliss in joining my freedom to Jonathan’s freedom. We are going to form a team and make a difference in the world–more of a difference that we could on our own.

I’ll toast to that. I may even change my name for that.

Through it all, I’ll still be spreading the word–tough–challenging–taboo though it may be, and starting much needed conversations in the world–igniting change and evolution as…

Love & bliss to you all. 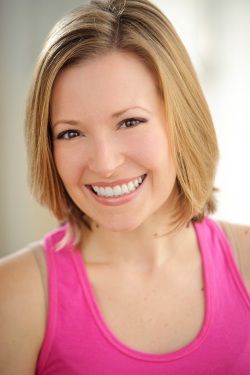